[Blind Gossip] This under-30 celebrity has been photographed a lot lately. She hasn’t really done anything important yet, but she is young and beautiful and comes from a famous family.

Thus, she is watchable.

How would her family feel if they knew that their beautiful little girl could have been arrested a few days ago?

Our celebrity ran into a woman who was well-dressed for a New York Fashion Week event. The celeb admired her jewelry, which had been loaned to her by a stylist as part of her ensemble.

After the event was over, the woman gave everything back to the stylist… but the jewelry soon went missing!

Now, this was not costume jewelry.  These were high-end diamonds that were on loan just for the event.

The stylists were completely freaking out about the missing rocks, which were valued at several hundred thousand dollars!

It turns out that our celebrity had visited the backstage area, picked up the jewels, and tried to leave with them.

Just walked right off with them!

Luckily, security stopped her before she walked out the door.

“I was just borrowing them,” she claimed. We found out later that Ireland Baldwin actually took the jewels, wore them to a Fashion Week event, and was later intercepted by security.

She literally just saw them, picked them up, and walked out with them!

The stylists who discovered that the diamonds were missing were very upset.

You can chalk up her actions to naivete or a sense of entitlement or carelessness or lack of experience, but what Ireland did is a huge no no in the fashion world.

The backstage of a fashion show looks very chaotic, but it is usually extremely well organized.

The stylists are responsible for every piece that is loaned to them for the event. They assemble outfits with accessories, photograph them, and know exactly who is wearing what and when.

Models don’t just show up… grab whatever they want on a whim… and take off!

Ireland later explained, “Oh, I didn’t think anyone would mind. I was just borrowing them. I was just going to wear them for a while. I planned to give them back.”

It is a little hard to believe that someone who has been modeling for a year – and whose mother is still a model at the ago of 60 – does not understand backstage protocol.

We’ll give you a pass on this one Ireland… but just know that every stylist is now keeping an eye out for you!

Special kudos to Thebutlerdidit for catching the clues: “under 30″ + “missing rocks” = 30 Rock. 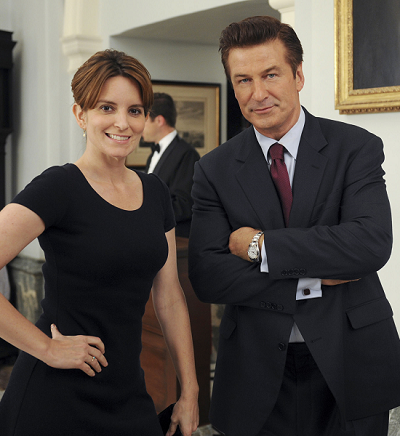 Congrats to Jennifer, who was first with the correct answer!