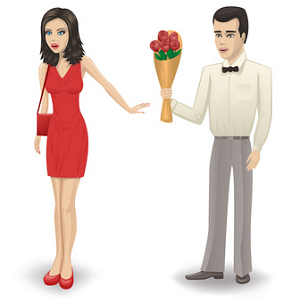 [Blind Gossip] This beautiful actress played the girlfriend on a popular TV series that ended a few years ago.

That TV series really made her career, but she has to fake her enthusiasm for the show when it is brought up in interviews. Why? Because it brings back bad memories of the way one of the guys treated her.

He asked [her] out at the beginning [of the series], but she wanted to keep it professional and said ‘No.’

Instead of just letting it go, he would say stupid things to other people on the set loud enough for her to hear, like, ‘She thinks she’s so hot, but she’s just average unless you put a ton of makeup on her,’ or ‘Somebody should tell her that she needs to drop another five pounds if she wants to look good. ‘ Just petty sh*t like that.

This happened every day, with him cutting her down and cutting her down over and over again just because she didn’t want to go out with him. There wasn’t much she could do about it either, because he wasn’t sexually harassing her or physically harming her. She just tried to ignore it.

To her credit, our actress did not let this interfere with her career. She stayed with the show for the duration of the series, and has been working steadily ever since in both TV and films.

By the way, the guy who asked her out was not the actor who played her boyfriend on the show.

Guy who hit on her:

[Optional] Should she have handled this differently?