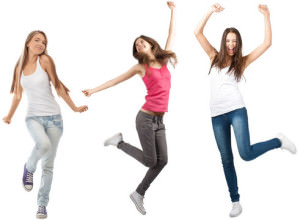 [Blind Gossip] She was the sweet and pretty star of  very popular ensemble TV series, so it isn’t surprising that a major company tapped her to represent their brand a year or so ago.

They shot a TV commercial. Simple enough. No stunts. Just walking and talking. However, reports from the set are that this actress made this simple commercial shoot an absolute disaster!

As soon as she arrived on set, the actress immediately excused herself to go to the bathroom. After a while, a crew member went in to check on her. She found the actress snorting up line after line of c*caine!

The actress came back to set so amped up that she had trouble sitting still for hair and makeup. They began the shoot, but she was so jittery and jiggly that they had to do take after take. Everyone in the cast and crew was getting annoyed and frustrated.

The actress excused herself to the bathroom once more. Another half hour passed. Another crew member was dispatched to retrieve her.

To their horror, they found that the actress had passed out in the bathroom! She was slumped up against the wall, eyes closed, head to one side. She must have taken some sort of sedative to counteract the coke, because she would not respond to the crew member’s attempts to wake her. They called for the actress’ agent, who finally succeeded in waking her up, picking her up, and physically dragging her back onto the set.

The actress – once all coked up and wired – could now barely stand or speak! She babbled incoherently, screwed up every line, fell over twice, and could barely keep her eyes open.

In order to get usable footage for the finished commercial, the company had to manipulate the footage. They spliced her head from when she was coked out (in order to get audible speech) onto her body from when she was sedated but not jittery and jiggly. The finished product looks good, but the cast and crew from that commercial shoot never want to work with her again.