[Blind Gossip] Lots of celebs fly first class, but not all act in a first-class manner when they fly.

Perhaps they should take a lesson from these two celebs, a married couple who are both well-known actors. We’ll let someone who was on their flight tell the story.

They were both sitting with [their child/ren] in Economy class. A lot of people kept asking both of them for pictures, and they were very gracious to everyone who asked, even those who were a little rude about getting their pictures.

For example, at one point, [Actor] went into the lavatory, and when he came out a passenger snapped a picture with the flash directly in his face without asking, but he gave her a kind smile and then walked back to his seat.

The whole family was incredibly kind to the flight crew throughout the whole flight, and at one point one of the flight attendants wasn’t sure where she had seen him before, so he modestly told her that she might have seen him in [his current TV series], to which she replied no, it was something else. She then remembered she recognized him from [a science fiction film]. This made both him and [Actress] laugh, him saying something along the lines of that being one of his lesser-remembered movies and he was impressed that was the one she had connected to him.

Throughout the flight they were all quiet for the most part, but were very polite (please and thank yous from everyone, including their kids, when asking for their beverages, etc). All in all the entire family was very polite and very gracious to the other passengers and to the flight crew. Nice to meet celebrities who aren’t pretentious and stuck up!

BONUS CLUE 2: They have both won Emmys and have both been nominated for Oscars. William is probably best known for his Academy Award-nominated performance in Fargo and his current Emmy-nominated role on the Showtime series Shameless.

Felicity is probably best known for her Emmy-winning role on Desperate Housewives, but we also love her Academy Award-nominated performance in Transamerica.

This event happened on a plane from Los Angeles to Denver in October 2013. The airline wants to remain anonymous.

We talk a lot on this site about fake showbiz couples and celebrities who behave badly. This is the opposite. Macy and Huffman have been married for 17 years. They are a super-talented, real couple who are known for always behaving with grace and dignity.

Kudos to both Macy and Huffman for exhibiting such class, and for raising such well-mannered children! (Yes, we’re talking about you, Sofia and Georgia!)

Congratulations to MzDBDB for being first with the correct guess! Well, maybe they aren’t such good parents after all!

Felicity Huffman was just ARRESTED for trying to gain college admission for her daughter by bribing someone to falsify admissions scores!

Actress Felicity Huffman, fashion designer Mossimo Giannulli, and 11 others were arrested this morning in Los Angeles for their alleged involvement in “Operation Varsity Blues,” according to FBI spokesperson Laura Eimiller.

Huffman and Giannulli were arrested at their homes. The FBI served a warrant for actress Lori Loughlin — who is married to Giannulli — but she was not home at the time.

Actresses Felicity Huffman and Lori Loughlin are among dozens of parents, elite college coaches and college prep executives accused of carrying out a national conspiracy to get students into prestigious colleges, according to a massive federal indictment.

In the first part, parents allegedly paid a college prep organization to take the test on behalf of students or correct their answers.

Secondly, the organization allegedly bribed college coaches to help admit the students into college as recruited athletes, regardless of their actual ability, prosecutors said.

The documents also allege that some defendants created fake athletic profiles for students to make them appear to be successful athletes.

In all, 50 people were charged in the criminal investigation that went by the name “Operation Varsity Blues.” Those arrested include two SAT/ACT administrators, one exam proctor, nine coaches at elite schools, one college administrator and 33 parents, according to Andrew Lelling, the US attorney for Massachusetts.

The parents, Lelling said, were a “catalog of wealth and privilege,” including actors, CEOs, a fashion designer and the co-chairman of a global law firm.

“This case is about the widening corruption of elite college admissions through the steady application of wealth combined with fraud,” Lelling said. “There can be no separate college admission system for the wealthy, and I’ll add that there will not be a separate criminal justice system either.”

He added, “For every student admitted through fraud, an honest genuinely talented student was rejected.”

Athletic coaches from Yale, Stanford, the University of Southern California, Wake Forest and Georgetown, among others, are implicated in the case. The indictment accuses defendants of committing crimes between 2011 and 2019.

Huffman, an Academy Award nominee, has been charged with felony conspiracy to commit mail fraud and honest services mail fraud, according to court paperwork filed Monday in federal court in Massachusetts. A law enforcement source confirms to CNN that the actress has been arrested in Los Angeles. 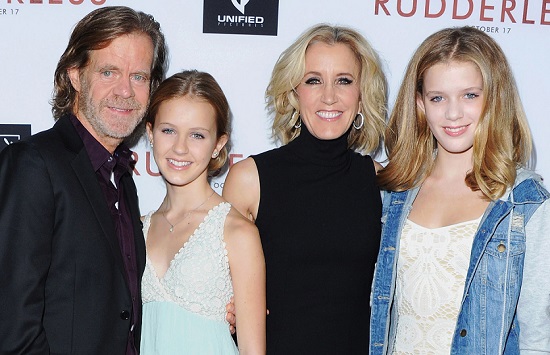 Giannulli allegedly “agreed to pay bribes totaling $500,000” in exchange for having the couple’s two daughters designated as recruits to the USC crew team despite the fact that they did not participate in crew, a complaint said.

The complaint includes emails between a cooperating witness and Giannulli in which the two discussed a “game plan” for his older daughter whose academic qualifications were at or below the “low-end of USC’s admission standards.”

Loughlin also wrote at least one email discussing their younger daughter and her admission, according to the complaint. 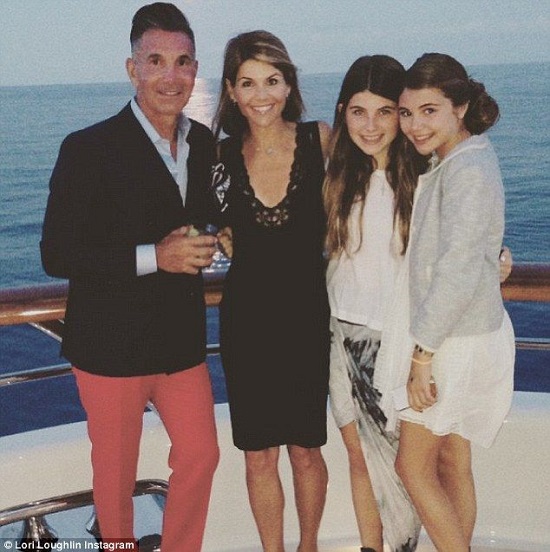 CNN is working to get comment from the actresses’ representatives.

Huffman, best known for her role on TV’s “Desperate Housewives,” is accused of paying $15,000 to an organization that then facilitated cheating for her daughter on the SATs, the indictment said. Huffman also discussed the scheme in a recorded phone call with a cooperating witness, the indictment said.

Much of the indictment revolves around William Rick Singer, the founder of a for-profit college counseling and preparation business known as “The Key.”

As laid out in the indictment, Singer allegedly paid college coaches to claim that a prospective student should be accepted to college because the student was a recruit for their sports team. However, Singer and the coaches knew that the student was not a competitive player and that his or her athletic profile was fake, the indictment said.

In one case, Singer even worked with parents to take staged photos of their child engaged in particular sports. In another example, they used stock photos of a person playing a sport and then put the face of a student onto that of an athlete via Photoshop, prosecutors said.

Singer was paid roughly $25 million by parents to help their children get in to schools, the US attorney said.

Huffman then paid $15k for her daughter to take the test again. In a private location. With a private administrator.

Not only was the daughter given twice as much time to take the second test… but the test administrator changed the answer sheet to give her more correct answers!

This was all done with Huffman’s knowledge and consent and resulted in an amazing 400-point increase to the daughter’s scores.

Lori Loughlin, on the other hand, paid $500k – yes, half a million dollars! – to fake her daughters’ admission profiles and pretend they were outstanding crew athletes. Neither daughter actually rows.

Have a TIP about a celebrity? We’d love to hear it! Click here.

Previous Post: « How She Really Went From Thick To Thin
Next Post: Her Own Family Won’t Speak To Her »