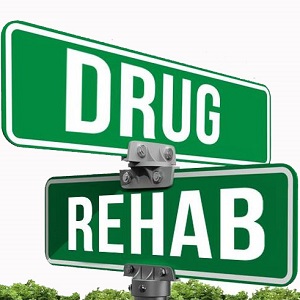 [Blind Gossip] This young star is on a big TV show surrounded by talented people. We’ve talked about her several times before, including in the past few weeks.

Our news about her will break your heart: She is lying to you. She says that she is sober. She is not. She talks and tweets about how wonderful sobriety is. Well, it’s all bullshit. She is drinking and doing lots of drugs (mostly cocaine) again.

Yes, it’s hypocritical, but it’s also typical addict behavior. Addits are liars. And when addicts relapse, they tend to lie about it. When they are confronted with the truth, they blame someone else.

Fortunately, as we are writing this blind item this morning, she is back in rehab! This time it’s just for a few weeks. She will be out before the end of the month.

She lied about last year’s stint in rehab, and will undoubtedly lie about this one, too. We hope that her management team – which completely screwed up her last rehab stay by pulling her out every fifteen minutes to do a photo op to try and prove that she wasn’t in rehab – will leave her there this time. We won’t divulge her exact location, but she is safely tucked away in a very nice facility on one of the coasts.

In keeping with our Terms of Service, please properly credit Blind Gossip for this exclusive story and provide an active link to BlindGossip.com. Thank you! My, what interesting timing for a story about Demi’s sobriety! From TMZ:

Demi Lovato is rich and famous, and can afford to live just about anywhere she wants … but we’ve learned she’s been living in a fairly spartan sober living facility for more than a year.

It’s actually pretty awesome … Demi does not want to fall back into the grip of addiction, where she found herself back in 2010, when she admitted she had problems with anorexia, bulimia and cutting.

After going to rehab, the 20-year-old seemed better, but ultimately felt she needed the support and guidance from counselors and other addicts who understood her situation.

Sources tell us … shortly after her inpatient rehab, she moved into a facility in the L.A. area. It’s interesting … considering she also owns a very nice home in L.A….

In a town with a lot of stars who never figure it out, it’s pretty amazing when you see someone as young as her make such good decisions.

What?! Once we picked ourselves up from off the floor, we decided to solve this one.

Demi Lovato’s claim that she has been living in Sober Living since 2011 is a complete lie.

Demi Lovato was regularly getting wasted again in the past few weeks. She is now back in rehab for cocaine and alcohol abuse. To cover this up, her team made up this new lie about Sober Living. Demi Lovato and her team lie, lie, lie. When they caught in their lies, they spin, spin, spin.

It’s an old pattern with them. Demi Lovato’s rehab in 2010 was supposedly for cutting and bulimia. She was actually in treatment for cocaine and alcohol. Yes, she cuts and has an eating disorder, but her team doesn’t want her tween fan base to know about her being an addict. Since 2010, she has relapsed and has had to go back to rehab in 2011, 2012, and 2013.

When an addict relapses and goes to rehab, it isn’t necessarily a full, 30-day, lock-down, inpatient stay at one facility. They can also do a part-time outpatient rehab, which is less effective, but sometimes necessary to accommodate professionals who won’t commit to regular rehab.

But Demi’s team has totally abused the concept. For example, Demi went back into rehab early in 2012 for a really bad, full-blown relapse to cocaine and alcohol. When we found out that Demi was back in rehab, we mentioned it in a blind item. Her team panicked, called us liars, and pulled her out for photo ops every 15 minutes to “prove” that she was fine and that she wasn’t in rehab. They even had her change facilities three times in one month to try to throw off the media! It was a complete fiasco. Not surprisingly, Demi continued to relapse several times through 2012 and 2013 – none of which was reported in the media.

We pretty much know every time Demi Lovato gets trashed and stoned and drunk and high and stupid. We know every name/ date/ place/ club/ party/ dealer/ enabler. Every time we tell the truth, her team panics, throws her in and then pulls her out of rehab, arranges photo ops, calls everyone liars, and then provides some sort of ridiculous story to cover everything up.

Again, Demi Lovato’s claim that she has been living in Sober Living since 2011 is a complete lie.  Demi has a beautiful home. She lives there. She hangs out with bad people. She starts drinking and doing drugs again. She has a full-blown relapse. She goes back to rehab. Then she goes to Sober Living. Then she goes home again. Lather, rinse, repeat. This cycle has happened many, many times since 2010.

But the Continuous-Sober-Living-Since-2011 story that her PR team sent out today… well, that is just complete hogwash. However, it does go along with all the other lies: Demi is a really good girl who is committed to her sobriety! She has been making mature decisions and staying away from drugs and alcohol! She always tells you the truth! Sober is sexy! Recovery is a beautiful thing! She’s been living in a Sober Living facility since 2011!

About that Sober Living facility: Yes, she has been to one. Several times. Sober Living is for addicts who are transitioning out of rehab. It’s kind of a “step-down” unit for those who have been are sober for 30 days or more, but who aren’t ready to go home. If you relapse, you aren’t allowed to live there. You have to go back to rehab – full-time, part-time, or as an outpatient.

The truth is that Demi is in rehab. She will go back to Sober Living after she is clean again. Then she will go home again. Or… will she? Her team just publicly claimed that she has been living in Sober Living since 2011. Does that mean she has to really live there now? They painted her into a corner with that whopper.

So you readers who really, really want to believe those media outlets that simply regurgitate the lies that Demi Lovato and her publicist tell, go ahead. Keep believing that Demi Lovato has been residing in Sober Living since 2011. And while you’re believing that, we have a bridge we want to sell you. In Malibu.

We stand by our story.