BuzzFoto – This married television actress is sleeping with her costar. Actually, she sleeps with lots of her costars. Her hubby knows about it, and is okay with it, because he too has his own group of lady friends he frequents. They claim the open marriage actually strengthens their relationship. Not Eva Longoria Parker.

Well, that explains those recent closer-than-close photos we’ve seen of her with her hunky Cougar Town co-star Brian Van Holt. They make a cute couple, don’t they? 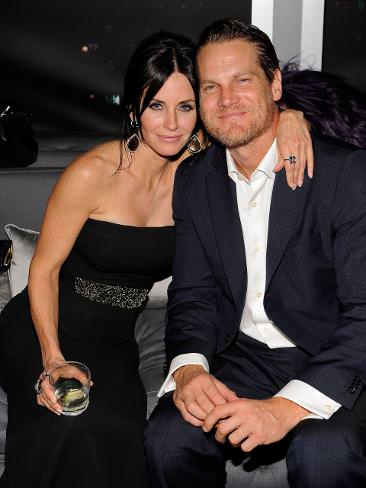 Congrats to Kels and Molly for being first with the correct guess!

Courteney Cox and David Arquette announced today that they are separating after 11 years of marriage.

“We have agreed to a trial separation that dates back for some time. The reason for this separation is to better understand ourselves and the qualities we need in a partner and for our marriage,” the couple said in a statement. “We remain best friends and responsible parents to our daughter and we still love each other deeply.” Courteney and David’s marriage has been the subject of more than one BG blind.  To keep our liability down to a dull roar, we will wait until the details are revealed in the mainstream press before we mark them as “Solved” . But BG readers should feel free to go through the old items and see if you can identify which ones were written about them. They contain some of the very juicy details that we believe will be revealed in the upcoming weeks.