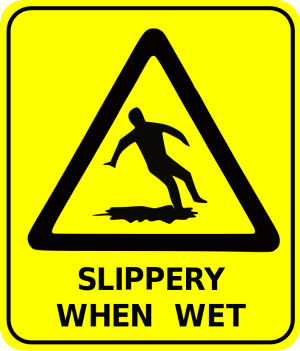 [Blind Gossip] Just a few years ago, this multi-hyphenate actor was one of the hottest stars in the world.

He worked a lot through 2012, but very little in 2013. Why the slow down? Because drugs kept tripping him up last year! He’s a mild-mannered guy in real life, but he absolutely rages on coke and gets out of control and destructive (and self-destructive) very quickly. And he does a lot of coke. He has been to rehab before to take care of the problem.

In fact, want to know where he is now?

In an ironic twist, he recently talked about his sobriety in a rather awkward interview (during a promotional tour for his latest film). You would have gotten the impression from that interview that he is sober right now. He’s definitely not. Same issue. Coke, coke, coke. Add*ction is a slippery slope, my friends, and he slipped and fell hard enough to break his sobriety.

However, his team does not want you to know this! So they kept him on his promotional tour and then shipped him off to rehab when he was done. They are pretending that he is on a slippery slope vacation in a place near the rehab facility (just in case they need an occasional photo op to keep the ruse going).

Why won’t they admit to rehab? One word: insurance! His repeated relapses in such a short time frame make him practically uninsurable at this point.

BONUS CLUE! You will definitely see him at The Oscars on Sunday. 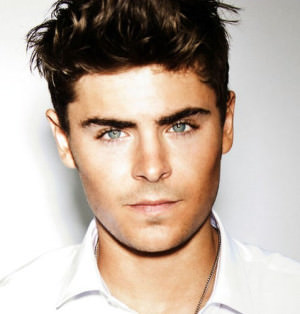 Zac Efron went to rehab again this year. He was at Cirque Lodge in Utah for the month of February, and was released just before the Oscars on March 3.

It was a secret. His team definitely did not want you to know about this rehab stint. There have been too many rehab stays and suspicious accidents over the past few years, and they didn’t want you to know that he had slipped again and was back to his old, destructive habits. Who wants to hire and insure a young actor with chronic addiction problems?

The timing of this rehab stay was very carefully planned. He promoted his latest project (That Awkward Moment) in January; had some pics taken of him at a ski lodge in Utah to distribute during February as a cover story; checked into Cirque Lodge for inpatient treatment; and then literally was released just a day or two before the Oscars.

He was clean at The Oscars on March 3, but started using again almost immediately thereafter.

Zac Efron really believes that he can drink in moderation after rehab, and that it won’t lead to using drugs. He is always wrong. He starts drinking alcohol, his inhibitions slip away, and before he knows it, he’s diving head-first into the powder again. C*caine is his drug of choice, but if there is no coke around, he will dabble with other drugs. Anything for a high.

That brings us to now. Just three short weeks after rehab, Zac got into trouble again. From TMZ:

Zac Efron mysteriously ended up in a bad area of downtown L.A. just after midnight Sunday … and ended up getting violently socked in the mouth by a sketchy transient … law enforcement sources tell TMZ.

We’re told cops were on patrol under the Harbor Freeway when they saw Zac and a man he identified as his bodyguard. Cops saw Zac and the other guy in a full-blown melee with at least 3 other people.

After breaking up the fight, cops questioned Zac. He told them they had run out of gas and were sitting in the car. Zac said while waiting for a tow truck they threw a bottle out the window — he never said what was in the bottle — and it smashed on the pavement near a group of transients.

Zac said the transients confronted him and the bodyguard because they believed the pair hurled the bottle at them. Zac says 2 of the transients attacked the bodyguard and when Zac got out of the car to help, he got cold cocked in the mouth. Zac said, “It was the hardest I’ve ever been hit in my life.”

You’ll recall … Zac mysteriously broke his jaw in November, saying he slipped on a pool of water in his home. Zac was in rehab twice last year for cocaine abuse.

The area where this occurred is rough. Cops are on high alert for drug deals and gangs. One source says Zac was “obviously intoxicated.”

If you really believed the whole “accidentally slipped in a puddle in his foyer and broke his jaw” story, you probably also believe the “accidentally ran out of gas near Skid Row in the middle of the night” story.

Normally when we talk about young celebrities in trouble, we chastise the publicists and the managers and agents for failing to help their clients. We can’t do that in this case. We know that Zac Efron’s team is trying very hard to keep him sober and keep him employed. It’s not their fault that he continues to slip back into addiction five minutes after they get him cleaned up.

We hope Zac Efron goes back into treatment immediately, and we wish him well in his recovery.

Looster was first with the correct answer. Lots of you did a great job with all the clues! Some of the clues were “awkward interview” (That Awkward Moment), “slippery slope” (skiing), “slipped and fell hard” (broken jaw), and of course, the announcement that he was going to be presenting at The Oscars.

Like the SOLVED items?  Select the SOLVED tab at the top of the page or click here!