[Blind Gossip] This actress is currently on location for a film that is being shot in an American city. She was eating out the other night at a pizza restaurant with a companion. No, her famous husband was not there with her.

She seemed to be in a good mood. She was kind and polite to the servers, smiled at other patrons who recognized her, and laughed and joked with her friend. They did not finish the entire pizza, and our actress had the server box up the rest. Our actress walked outside the restaurant, looked around… and gave it to a very grateful homeless man. We love it when celebrities do nice things without the paparazzi around!

You’re probably wondering how she looked. Well, her face was scrubbed clean of makeup and she was wearing a dark, baggy sweater. We hear that her on-set clothing has been very concealing as well. If you are a regular reader, you know exactly why those clothes are loose… even if our actress hasn’t announced it yet!

Why her clothes are loose: 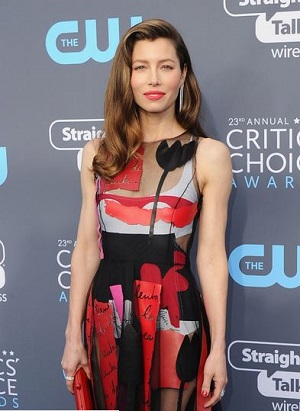 Why her clothes were loose: Pregnant!

It reminded us that we never solved this rather unglamorous blind item from 2014.

The blind item story took place at A Tavola Pizza In Cincinnati, Ohio.

Biel was there filming A Kind of Murder, which was released in 2016.

At the time, Biel had not not yet announced that she was pregnant with her son, Silas… but we knew what her baggy sweater was hiding!

Check out the photos below. We love how Jessica looked so unpretentious.

We also loved that she was kind to everyone she encountered (even when they were sneaking photos of her!) and that she gave the pizza to a homeless person.

By the way, if you haven’t seen Biel in the USA Network miniseries The Sinner yet…. watch it! Both the series and Jessica Biel have been scooping up award nominations. Biel plays a young mother who randomly stabs a man to death at the beach one day. Her performance is terrific! 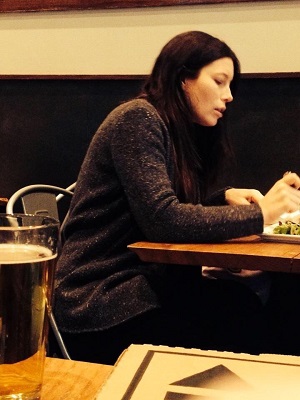 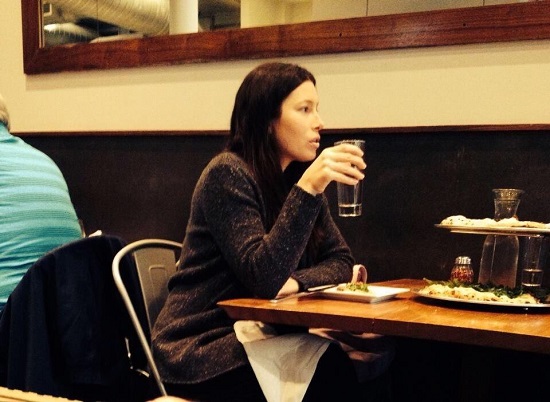