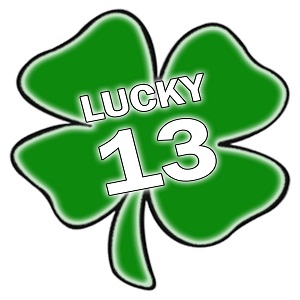 [Blind Gossip] We knew that this pretty female pop singer had taken a quick trip to Los Angeles a couple of months ago. However, we just found out her trip was not all business. It turns out that she met up with her ex-boyfriend while she was there!

Like her, he is famous, talented, good-looking, and has a lot of fans. Their courtship was quite the media sensation. However, there was a major problem. Even though their relationship was publicity-driven and they both agreed to keep it positive, he just didn’t hold up his end. She treated him nicely, and in return, he was kind of an immature jerk to her.

That really bothered her. It wasn’t as if he had broken her heart. She had never been intimate with him. It was more about the fact that she was never able to win him over as a friend. She is a likeable girl who works hard to be kind to people, so she is always a bit puzzled and unable to shake it off easily when someone treats her unkindly or is dismissive of her in return.

In addition to being likeable, she is also persistent. So, she arranged to meet up with him while in Los Angeles. They are both big stars and are likely to cross paths many times in the future, and she was determined to heal the rift and develop a friendship.

Their meeting was private, and took place in a hotel suite. They ordered up some food and drinks. At first it was awkward, but they both loosened up after a while. They sat on the sofa, showing each other photos, and laughing and talking about their lives and careers.

Whatever the reason, one thing led to another, and they are now friends.

BONUS CLUE: Look in the direction of your calendar. The announcement will happen Monday, April 13th… one very lucky day! Since this story is going to break within the next couple of hours on major media sites, we’ve decided to solve it now so our readers can be the first to hear all the juicy details!

The two singers had engaged in a publicist-created relationship approximately two years ago. Swift met up with Styles in Los Angeles in late January to try to strike up a genuine friendship.

“She didn’t go in there with some big agenda. She was just hoping that they could be nicer to each other since they are in the same industry.”

Since it is early in the pregnancy, Swift is not yet showing. Friends report:

“She feels great! She has had minimal morning sickness, she is eating well and she is exercising regularly. She is really glowing!”

Swift and Styles plan a joint announcement on Monday, April 13 to reveal the pregnancy as well as their subsequent career plans.

Both singers have agreed to make the baby their first priority. To that end, Swift will be postponing her world tour until next year, and Styles will leave One Direction on June 15, just prior to the commencement of One Direction’s North American leg of the tour.

Styles is aware that his quitting One Direction so soon after Zayn Malik’s departure is likely to leave fans reeling. However, he has told friends that his priorities have shifted.

“There is nothing more important to me than making sure that Taylor and the baby are happy and healthy.”

We do not know if One Direction will break up, seek to replace Styles, or simply perform as a three-man group.

The couple has agreed that Swift’s New York City home will serve as their home base.

There are no immediate plans for marriage, but one of Taylor’s friends told us that Styles has given Swift a ring.

“It’s a platinum ring with two, small, curled-up cats carved out of jade in the place where the stone would normally be. Harry told her that it represents the two of them. Taylor loves it!”

A family member is more optimistic about the couple’s long-term prospects.

“They are getting on splendidly! Harry is totally doting on Taylor. He rubs her feet and brings her tea. He really seems smitten with the prospect of being a father. They make a brilliant couple and we wouldn’t be at all surprised if they got married in the next couple of months!”

Did you catch all the clues (13, shake it off, direction)? Congratulations to everybody who got this one right!

Are you as excited as we are about Haylor getting back together? It’s like a gossip dream come true!

Scroll down to read ALL the details about Haylor’s upcoming announcement, when they are going to move in together… and what they plan to name the new baby (it’s a shocker)! Did you really believe that Taylor Swift and Harry Styles got back together and are having a baby?

If you did, then you are an April Fool!

Every year, people. Every year.

To share this item, please use the social media links below. Thanks!