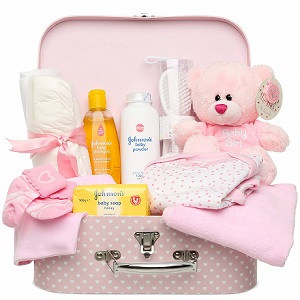 [Blind Gossip] Divorces between celebrities are often ugly, and we have a story to tell you today about the marked difference between how this actor’s first wife and his second wife handled their respective divorces.

It has to do with how they treated his family.

Our male movie star grew up far away from Hollywood in a very average, middle-class, conservative household. He went to a public high school and led the life of an typical teenager – sports, prom, college – before becoming an actor.

He is still very close to his family. His parents have been married for many years and our actor spends a lot of time with his siblings as well.

First Wife embraced his upbringing and his family.

First Wife is a famous actress – best known for her work on TV – who grew up in a showbiz family, but she got along great with his family. The couple even bought a house near his family and stayed there frequently. Even after they divorced, First Wife continued to keep in touch with his family.

On the other hand, Second Wife rejected all of that!

After they had children, she made it clear that she did not want their children spending time there, either.

He told [his siblings] that [Second Wife] refers to his family as “hillbillies.” She does not want them influencing their children with their conservative life and their religion.

So, according to our female movie star, if you live in the middle of the country and go to public school and have a normal job and go to church, you are a “hillbilly.”

It didn’t stop at the name calling, either.

When [one of his kids] was born, his mom shipped them a big gift box filled with onsies and blankets and toys that she bought locally. They weren’t expensive or designer name baby clothes but everything was brand new and cute.

When they got the baby box, [Second Wife] told [Actor] that she didn’t want to dress her children in hillbilly clothes or have them play with hillbilly gifts and to send it back!

For some reason he didn’t stand up to her and he did sent it back. He didn’t send it to his mom (because he knew it would hurt her feelings). He mailed it to his brother instead.

That’s not even the worst part.

The family would love to have their grandkids/nieces/nephews/cousins over for sleepovers and do normal things like take them trick or treating or decorate the Christmas tree together, but [Second Wife] won’t allow it! She thinks his family is a bad influence and she does not want their kids to spend time with “the hillbillies.”

In order for his family to see his kids, [Actor] has to get permission from [Second Wife] and she always fights him about it. Then his parents have to travel to wherever the grandkids are.

His parents and the rest of his family have only seen his children a couple of times since the couple split more than two years ago. They are very upset about this (but would never complain in public about it).

Similar: She Is The Good Person

[Optional] Why do you think Second Wife behaves this way?