[Blind Gossip] As soon as a member of this music group quit, the remaining members were left with a dilemma. Here’s what’s going on behind the scenes.

Right now, it looks like are leaning toward the first option. That actually makes the most sense because the music was all written for X number of voices.

The fun part is they might even run some sort of formal competition for that spot. It would get them a lot of publicity!

[Optional] What do you think the group should do? 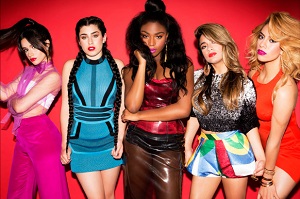 After Camila Cabello left the music group Fifth Harmony last year, the remaining members had a choice as to what they would do.

Since their songs were written for five voices – and changing the name of the group to Fourth Harmony (or something else) would have hurt the brand – they originally thought they would find a replacement for the fifth spot in the group. They even considered doing a fun competition show to recruit a replacement!

They squabbled with their label. They grew increasingly annoyed as Camilla Cabello’s solo career took off. They cancelled a major leg of their own tour.

And now the group has split up. From The Mirror:

Fifth Harmony decided to split after they discovered that Camila Cabello was ‘getting first dibs on all potential hits’.

The girl group confirmed on Monday that they had called it quits after deciding to focus on solo careers. Lauren Jauregui, 21, Ally Brooke, 24, Dinah Jane, 20, and Normani Kordei, 21 recently cancelled their entire Australian tour which tipped off fans that a split was imminent.

But now a source close to the girls has told Metro.co.uk that ‘the girls made the decision not to make another album last year when things between them and their label Epic came to a head’.

‘Camila’s debut album received more financial backing and promotion than any of the group’s albums and it became clear that they could no longer stay on the same label, especially once they learned Camila was getting first dibs on all the potential hits that were being sent into the label.’

The insider added: ‘The plan is to find a way to reunite once they can find a way to do so at another label so fans needn’t worry. They will be back, just not at Epic.’ 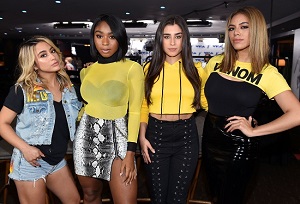 The group were put together in 2012 on the American version of The X Factor when they individually failed to progress in their respective categories. They went on to wow the judges, including Simon Cowell, and finished third in the competition.

Camila later decided to leave the band, and the group carried on without her, and went on to release their third studio album, Fifth Harmony, in 2017.

On Monday however they released a statement.

Their statement read: ‘Reflecting on the past six years since we started on X Factor, we’ve realised just how far we’ve come and we appreciate everything so much, more now than ever.

‘We’ve had one hell of a memorable journey together and can’t begin to express our gratitude to y’all for coming along with us on this wild journey.

‘After six years going hard, non stop, we realise that in order to stay authentic to ourselves and you, we need to take some time for now to go on a hiatus from Fifth Harmony in order to pursue sole endeavours.’

Are they really “on hiatus”?

Probably not. It’s just a euphemism to keep fans from getting angry and dissipating. If fans believe that there is hope that the group will get back together, they will continue to follow and support the individual members of the group in their solo careers. 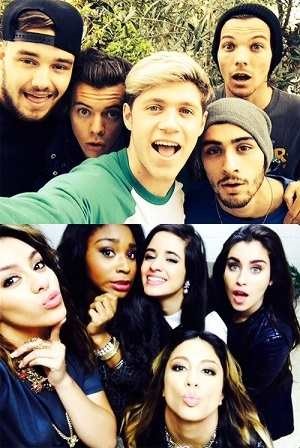 Other groups have made similar announcements when they were splitting up. For example, One Direction is also “on hiatus.”

Ladies and gentleman…. we are pleased to present… One Fifth!

Everybody got this one right. Congratulations to CandyCorn for being first with the correct response!