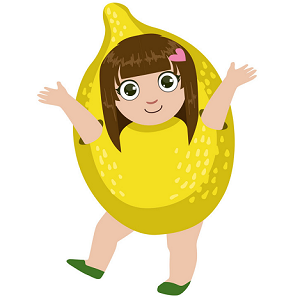 [Blind Gossip] This actress needs to make a decision in the next couple of days.

It won’t be easy.

She has experienced several huge life changes over the past couple of years, many of which were orchestrated by her.

Actress was convinced that every one of her decisions was the right one. She was also convinced that she and her husband – we’ll just call him Hubby – were heading towards a life of huge fame… and a billionaire’s lifestyle.

So far, it hasn’t panned out that way.

Some of the blame does fall on world events. Like all of us, Actress had no control over many things that dramatically impacted billions of people.

However, some of the blame certainly falls on her. Her plans were ill-conceived, completely self-serving, and changed every five minutes.

Even worse, she managed to alienate many of the very people who had started out cheering for her. As she began insulting them and playing the victim and retracting her promises, they turned on her.

If there was ever a cautionary tale of someone turning lemonade into lemons, this was it.

Although Lemon Actress claims to be independent, neither she nor her husband are employed, and their current lifestyle is completely dependent on the largess of a few very rich people.

Lemon has a very, very rich female friend. They are not long-time friends. In fact, they did not meet until just before Lemon’s wedding.

Since then, though, Richella and her friends have been providing Lemon and her husband with contacts and publicity and private jets and housing.

Basically, Lemon and Just Call Me Hubby have been given entree into a world that neither of them earned on their own.

However, nothing is ever really free.

Richella and Friends did not not embrace the couple purely out of the goodness of their hearts. All of those benefits have a price.

Richella is considering including Lemon in a televised event in the near future about a contemporary topic. It is a little risky for Richella, because, although Lemon is famous, there is a possibility that she could pull focus from the topic. If she is included,

[Lemon] would be introduced as “a very special surprise guest.”

Lemon is in an awkward position. She was still getting her act together about her future plans, and this was not the cause she wanted to use as her big public coming out in front of a worldwide audience.

In addition, anything that Lemon has said or done so far on the topic so far has been late to the party, took a lot of planning, a lot of script writing, and a lot of rehearsal. A spontaneous conversation where each word would be analyzed is a completely different ball game.

However, saying no to Richella would be almost unthinkable, so Lemon wants to make the situation as comfortable for herself as possible.

[Lemon] wants to make her appearance conditional on getting the format and questions in advance so she can rehearse the best responses. She has been talking to [an Athlete friend of hers] about what to say and about possibly being involved, too.

Basically, Lemon wants to give well-rehearsed responses that appear spontaneous and heartfelt, but are curated, completely PC and accompanied by carefully selected anecdotes, facial expressions and hand gestures.

Actually, that sounds like her usual modus operandi. Acting!

We don’t know yet what Richella and Lemon Girl will do. Stay tuned.

Similar: Why She Wasn’t At The Reunion

[Optional] Will Lemon do Richella’s show? Why or why not? Please keep your comments civil.