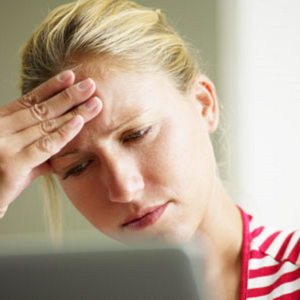 [Blind Gossip] This pretty actress has been around for a long time.

She started out in TV but has since blossomed into a bonafide movie star.

Given her long history in the entertainment industry, you would think that she would be used to rejection by now.

She landed the lead in what was supposed to be a mega TV series.

She worked hard and trained and prepped and filmed for several months.

The project fall through.

She is really depressed. She thought that the show was going to be huge and really be the high point of her career. She put everything she had into it. Since she was the lead, she is now second-guessing herself as to whether the cancellation was her fault or not.

She has several other projects in the works, so she should snap out of it soon, right?

She was severely depressed after the breakup. It was a complete betrayal. Landing the show lifted her out of it but now she’s right back in it again. She says it feels like a double failure.

That breakup was with a well-known Hollywood actor.

No ring, but they had been together for years and had a family together.

He cheated on her. She broke up with him. Justified, but still painful.

She’s a nice person and a talented actress, so we hope she finds a new reason to smile soon!